The World of Weight and Structure

Before diving into the World of Weight and Structure, we must first understand energy and its relationship to the body. The term energy has various definitions and meanings.  It can be used to reference a source of vitality as in someone with a lot of energy, or also as a source of power as in providing light energy to a room. In addition, it can take on a more abstract existence as an all encompassing life force in the universe, like the balance of Yin and Yang. Not ignoring these definitions, we will focus on viewing energy through the lens of gravity. Gravitational potential energy is the energy held by an object in regards to its position and height. When a pen is held above a table, it has a higher gravitational potential energy than a pen that is on the table. Understanding gravitational potential energy is the first step in exploring weight and mass and observing their effects on the skeletal structure of the body.

Sir Isaac Newton, “Father of Mechanics” and leading scientist of the 17th century, developed the 3 Laws of Motion. These 3 laws state: (1)

Newton studied the motion of bodies under the action of forces, and he worked to describe these forces that occurred between bodies of mass. One of the forces he observed, and presented in his laws, was the relationship between the human body and the Earth. Because of this, not only did his work lay the foundation for the principle laws of physics, but it also led to the development of Newton’s Law of Universal Gravitation, which asserts: (2)

“Any particle of matter in the universe attracts any other with a force varying directly as the product of the masses and inversely as the square of the distance between them. The magnitude of the attractive force F is equal to G (the gravitational constant, which is a universal constant for each particular planet) multiplied by the product of the masses (m1 and m2) and divided by the square of the distance R: F = G(m1m2)/R2.” 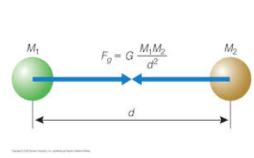 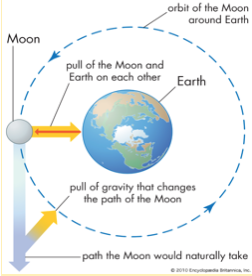 Pull of the moon and the Earth on each other (4)

The gravitational constant, G, is gravity or gravitational potential energy. Newton noted that it is ever-present, ever-constant. There is no escaping that all bodies on Earth have a weight, or

downward force of gravity, proportional to their mass, which Earth’s mass exerts on them. It is the relationship of two bodies of mass: mass 1, the Earth, and mass 2, the moon or the human body. You can measure gravity by the acceleration that it gives to freely falling objects. At Earth’s surface, the acceleration of gravity is about 9.8 metres (32 feet) per second per second. Thus, for every second an object is in free fall, its speed increases by about 9.8 metres per second. At the Moon’s surface, the acceleration of a freely falling body is about 1.6 metres per second per second. Newton’s 3 laws of motion, and consequently his law of universal gravitation, describe the amount and the direction of force acting on the human body at all times here on Earth. Named after Isaac Newton, the newton (N) is the international unit of measure for force. 1N is equal to 1 kilogram meter per second squared, and it represents the force required to accelerate an object with a mass of 1 kilogram, the length of 1 meter, per second per second.

Now that we have established that gravity is an ever-constant and ever-present energy, we can look at how this energy affects the skeletal structure, muscles and connective tissues of the body. Since we are upright beings that stand on two feet, gravitational energy travels through the top of the head, through the spine, and into lower limbs and the feet before it moves into the ground.  It sends force into the Earth through the body, which in return sends a force back that is equal in amount and opposite in action– a reaction force. This exchange of equal energy creates counter tension, which is the basis of understanding posture, alignment, skeletal integrity.

Counter tension, when used with awareness, has the capacity to positively affect the body. Together with gravitational force it can improve bone quality. The action of gravitational force directing through the bones and the joints not only increases bone metabolism, but it also increases bone density. A National Institute of Health Manuscript, Muscle Forces or Gravity: What Predominates Mechanical Loading on Bone?, supports the idea that weight bearing exercise helps develop strong healthy bones along with building muscles to support the bone structure. (5) It is possible for an individual to improve their awareness and use of counter tension in their own body by implementing weight bearing exercise into their exercise routine.

In a body that is structurally aligned, counter tension also has the capacity to be a source of strength and power for the human body. It balances the forces of the body to then generate the force to move over the ground or direct a force into an object. The two photos of a runner and the soccer player Harry Kane show how counter tension of the body mass and the force of gravity can be used to generate energy, or reaction force, to run or to kick a soccer ball. The alignment of the musculoskeletal system determines the amount and quality of the reaction force that is generated. The balance of counter tension, and how we use counter tension, give us the possibility to do extraordinary physical movements. 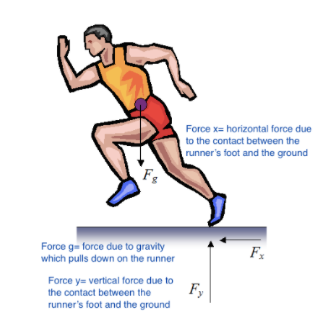 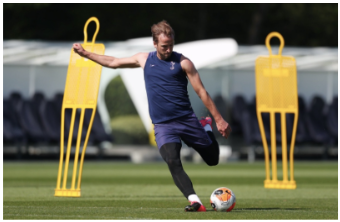 A simple example of misalignment and the negative effect on the skeletal system is the placement of the head forward, also known as slouching. This results from an individual sitting at a non-ergonomic desk set-up for extended hours, looking intently at a screen. The head itself weighs about 12 pounds.  If the head is leaning forward,  the skeletal system has less support of the head, affecting the quality of counter tension and placing more work on the muscles of the back body.  The skeletal system is compromised and less able to support the misalignment. 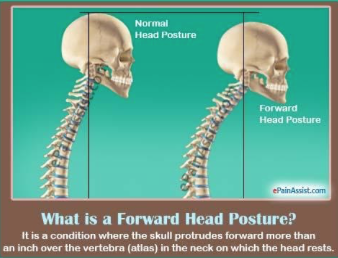 As the head continues to move forward, the 12-pounds of the head act more like 42 pounds, causing an increase in potential injury on the spine and surrounding tissue, and affecting one’s general sense of well-being.

From our exploration of gravity, we can see that the human body is a delicate balance between the external forces of gravity and position of musculoskeletal structures.  When a change of position of the skeletal structures occurs, i.e. forward head position, the forces of gravity and the weight of the head, have a degenerative impact on the bones and joints of the neck, the  muscles, and the connective tissues of the body. Quality and flexibility of the muscles, range of motion of the joints, and the stability of the joints are all dependent upon the external forces of gravity and alignment placed upon them. The sum of the internal and external forces upon the overall alignment of the body also determine the functioning our Central Nervous System and Peripheral Nervous System. 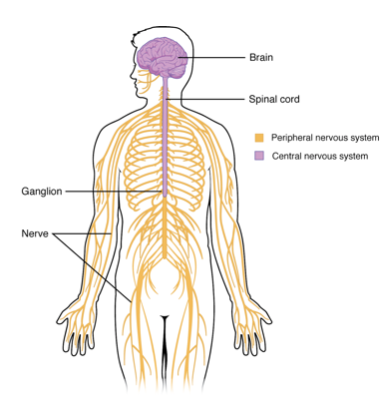 Together, these systems control movement and coordination. Thus, how we interact with the world day to day is greatly affected by a force, an energy, that we cannot see or control. How much are we aware of these forces acting on us and what is our response to them? Learning more about that force, that energy, can help us to understand the origins of human movement,  gain greater awareness of our individual movement patterns, and improve our general sense of well-being in our bodies.

Research for Encyclopaedia Britannica was done by Richard S. Westfall: Professor of History of Science, Indiana University, Bloomington, 1963–89. Author of Never at Rest: A Biography of Isaac Newton and others

(6)(https://kaitcphysicsoftrack.weebly.com/force.html). Physics of Track and Field.  2020