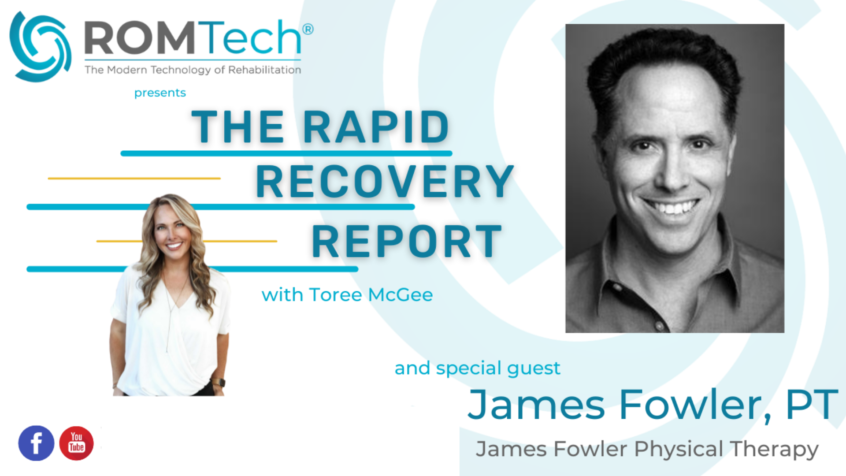 Hear from founder, James Fowler PT, on the importance of movement science in physical therapy.

We’re excited to announce that Founder and CEO, James Fowler, was a special guest on The Rapid Recovery Report podcast! He discussed his 20+ years of movement science and sports medicine experience, and what it’s like running his own physical therapy practice in New York since 2001.

Before opening his practice, James spent seven years at Beth Israel Medical Center, specializing in orthopedics and sports medicine. While at Beth Israel, he coordinated the Motion Analysis Laboratory, developed an evaluative tool for the analysis of running, golfing, and throwing, and was featured on the CBS Morning News Program describing “Motion Analysis for Golfers.”James was also the official physical therapist for the New York Knicks and New York Liberty Basketball teams (1997 -2000), providing rehabilitation and movement analysis for performance enhancement.

Now, with the new Movement & Sports Lab, James and his team have more in-house capabilities than ever. The space includes additional treatment rooms along with a sports-functional training lab. This is an especially unique opportunity for a PT clinic.